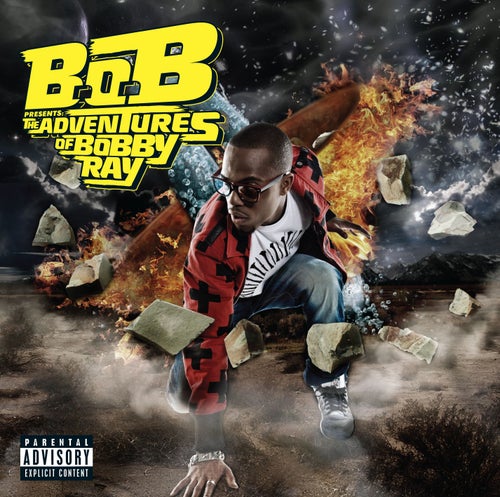 Ouça no Napster
Lançamento: Apr 2010
Gravadora: Rebel Rock/Grand Hustle/Atlantic
On his debut, B.o.B's "Bobby Ray" persona -- the pop half of his rapper/singer personality -- emerges with a vengeance. He bookends rhymes with earnest, dreamy vocals on "Don't Let Me Fall" and "Past My Shades," and invites Bruno Mars ("Nothin' on You") and Paramore's Hayley Williams ("Airplanes") to contribute hooks. Rapping alongside Eminem, Lupe Fiasco and T.I., B.o.B announces his hit-making potential in a surprisingly confident way. The Adventures of Bobby Ray may not be what fans of underground anthems like "Haterz Everywhere" expected, but it's entertaining all the same.
Mosi Reeves

Reproduzir
Who The F#*ck Is B.o.B?

Reproduzir
Hi! My Name Is B.o.B